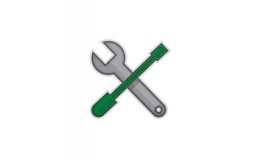 The clue is in the name: Near Field Communications. NFC is a set of standards for portable devices. It allows them to establish peer-to-peer radio communications, passing data from one device to another by touching them or putting them very close together. Get it? It’s *communication* between *near* devices. (It doesn’t require a field.)

NFC came out of RFID. RFID, or radio-frequency identification, is the technology used by shipping companies and in superstores to keep track of goods, it uses electromagnetic induction in order to transmit information. NFC is similar technology, but standardised for consumer smartphones. NFC standards are defined by a group called the NFC Forum, which includes Nokia, Sony and Philips.

In essence, if your phone has NFC as a feature it can be used to transfer data to other phones or to NFC readers.

How does NFC work?

NFC is a means of sending data over radio waves. In that sense it is similar to Wi-Fi or Bluetooth, but unlike those protocols (and like RFID) NFC can be used to induce electric currents within passive components as well as just send data. And it is faster than Bluetooth, in general. Indeed the two are closely linked, Samsung Beam uses NFC to pair devices, and then Bluetooth to transfer data.

NFC can work with passive devices that don’t require their own power supply, such as travel card readers. NFC’s data-transmission frequency is 13.56MHz. NFC can transmit data at either 106, 212 or 424 Kbps (kilobits per second).

At the time of writing the NFC standard has three modes of operation: the peer-to-peer mode that lets two smartphones swap data, a read/write mode in which one active device picks up info from a passive one, and card emulation, in which an NFC device such as a smartphone can be used like a contactless credit card.

So that’s what is NFC and how it works. But what can it do for you? Why do some smartphone users consider NFC an important feature?

Well as mentioned earlier there are peer-to-peer technologies such as Android- or Samsung Beam, wherein you can share a file or a contact by touching together two smartphones. That’s kind of cool, but hardly a game changer.

More important is the potential for contactless commerce. If you think about a payment card such as the London Oyster card, then imagine using your phone for this purpose via NFC, you can see the benefit. Or how about using your smartphone instead of your contactless Visa Debit card? You could truly dispense with your wallet, although the dangers of losing your phone are intensified.

Unfortunately at the minute a lot of this is theory. Google Wallet allows consumers to store credit card and store loyalty card information in a virtual wallet and then use an NFC-enabled device at terminals that also accept MasterCard PayPass transactions. But do you use Google Wallet?

Staying in the future other potential uses for NFC include the ability to control devices around your home. Perhaps your house would unlock and the heating and lights go on when your NFC-enabled phone passed a sensor in the driveway. And there are potential social benefits: if everyone had NFC-enabled smartphones swapping contact details would be pretty straightforward.

Is NFC in your phone important?

Honestly, right now I’d say no. The ability to transfer contacts via touch is nice, but not important. But the potential for NFC is huge. Ultimately it all comes down to applications in the real world. If ever you can use NFC to make your smartphone your wallet, travel card and home-automation remote control, expect it to be in every phone.